Quicksand: What It Means to Be a Human Being by Henning Mankell

Quicksand by Henning Mankell is a sublime read.

Only a person with rich, adventurous, and diverse experiences; a person who has traveled widely; a person with the time to think and read deeply about the world could have written this hybrid of essay and memoir.

The stories are comprised of sixty-seven short vignettes that are both profound and revealing. Mankell covers ancient cave paintings, running off to Paris at sixteen, reading books in Greece to understand where he came from, Pina Bausch, a church buried in sand, Africanizing Aristophanes in war-torn Mozambique, nuclear waste, and I could go on and on.

Mankell wrote Quicksand after being diagnosed with cancer. Perhaps it took a person who is dying to write so well about life and being human. His soul shines throughout these wonderful and timeless essays to the world.

Read review on The Guardian. See on Amazon/Audible and Goodshop.

A Room of One’s Own by Virginia Woolf

A timeless essay brimming with intellect, as Woolf explores women and writing and sexism in her generation. Any lover of literature and books would enjoy this.

My favorite part of A Room of One’s Own was the section where Woolf discusses how the best mind is an androgynous mind. She writes: “In each of us two powers preside, one male, one female… The androgynous mind is resonant and porous… naturally creative, incandescent and undivided.”

It is a five-hour listen on Audible and is read by Juliet Stevenson, who is one of the finest narrators of Audible books. This might be my favorite and the best essay I have ever read.

See on Amazon/Audible and Bookshop.

Chandler is antisocial, a curmudgeon, powerful, sensitive, entertaining, and these personality traits are abundent in his letters, nonfiction, and personal relationships.

What stood out most to me is Chandler’s intelligence and high integrity when he engaged with and stood up to studios, publishers, writers, and everyone else. These high standards, I believe, sometimes led to his loneliness, rootlessness, and drinking.

I loved that he and I are often on the same page concerning writing and writers, particularly his respect for Orwell, Somerset Maugham, Fitzgerald, and Dashiell Hammett. Although, Chandler has plenty of criticism for everyone.

This is an insightful and entertaining delve into a writer’s mind.

See on Amazon and Bookshop.

The Summing Up by W. Somerset Maugham

A prolific writer and thinker, Somerset Maugham sums up his vision of life in this wise and candid memoir. I now know why Orwell said this about Maugham: “The modern writer who has influenced me the most.”

In The Summing Up he ruminates about life, literature, philosophy, and avoids anything personal. Maugham’s ability to write in difference genres is special. Ashenden, a collection of spy stories, is among the finest spy fiction I’ve read. Of course, he’s best known for his epic novels Of Human Bondage and The Razer’s Edge, and his expansive mind is evident in the book.

I especially enjoyed Maugham opening up about his literary life and process. His wisdom and androgynous mind shines throughout this timeless summing up of his writing life.

The Wave in the Mind: Talks and Essays on the Writer, the Reader and the Imagination by Ursula K. Le Guin

Ursula K. Le Guin explores diverse and eclectic subjects from writers to women’s shoes. But what struck me the most is her literary criticism and how personal she is at times.

Le Guin is a creative force and her thoughts on the arts and writing are engaging, multifaceted, and deep. She has plenty to say the craft of writing as well as feminism and society.

Her award-winning science fiction are what Le Guin is best known for writing, but The Wave in the Mind is timeless nonfiction.

Why I Write by George Orwell

I love Orwell’s four reasons for writing outlined in this essay. His timeless nonfiction has changed my writing and personal awareness. I’m in good company because many writers and journalists adhere to Orwell as a model of truth telling. I was recently listening to Rebecca Solnit talk about this book’s reasons for writing as the reason’s she writes.

“In our age there is no such thing as ‘keeping out of politics.’ All issues are political issues….” Orwell writes as well as “By revolution we become more ourselves, not less.”

I don’t want to give away the four reasons; you should read this, and Orwell goes into the detail in explaining his beliefs. When you finish this, it’s hard to get it out of your head, and there’s a good chance you will adopt his reasons as your own.

Between Parentheses: Essays, Articles, and Speeches, 1998-2003 by Roberto Bolaño

There was a tremendous amount of energy for South American literature when I was in college in the 1980s. My professor’s were huge fans of Gabriel Garcia Marquez, Jorge Luis Borges, Mario Vargas Llosa, Carlos Fuentes to name a few.

I jumped on the South American literature bandwagon and enthusiastically spent many a late evening absorbed into their magic realism and engrossing and original tales.

I hadn’t read a South American writer for quite some time when a friend introduced me to the novels of Roberto Bolano. I learned how prolific a writer Bolano is in Between Parentheses, and it opened me up to Bolano’s timeless nonfiction, journalism, and essays.

This collection includes fabulous vignettes and essays on literature, writers, politics, Chile, Bolano’s life and worldview. It’s a constant stream of humor, opinions, and culture communicated through a powerful voice.

Read review on NY Times. See on Amazon/Audible and Bookshop.

One great journalists of our time, Christopher Hitchens creative output was prolific and controversial. You’ll find an abundance of evidence of is brilliance in this eight-hundred page compilation of his forty years in journalism. I particularly enjoyed Hitchen’s book reviews and essays about Evelyn Waugh, George Orwell, W. Somerset Maugham, Anthony Powell, and Mark Twain.

Other highlights were Hitchen’s insightful views on Jefferson’s and Washington’s strict interpretation in the separation of church and state. Mr. Hitchens is sorely missed. He was one of the best essayists of the last fifty years.

This books covers a range of topics including religion (he was not a fan), culture, philosophy, politics, media, and much more in this eclectic mix of writing by a man who never shied away from an argument.

Hitchens has written some of the best essays and nonfiction in the past thirty years.

Read review on The Guardian. See on Amazon/Audible.

I’ll be adding more of the best essays and nonfiction by great writers as I discover them.

You might also enjoy Short Reviews of some of the Best Books ever. 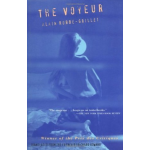 The Best Books about Venice, Italy