Inside Orwell by Joseph Raffetto

Who is George Orwell? That’s the question my novella “Inside Orwell attempts to answer. It’s a short piece, around 20,000 words, and covers the events Orwell writes about in Homage of Catalonia, but it intersperses important aspects of his life to give you a sense of how Orwell became Orwell.

A combination of narrative as well as historical fiction, Inside Orwell and Other Stories received excellent reviews: “This is a short and sweet collection of writing…” San Francisco Book Review. “The Fitzgerald and Orwell pieces are cohesive, focused, and absorbing….” Kirkus Reviews.

What might interest you about this writing sample is it fictionalizes the meeting between Henry Miller and Orwell, just before Orwell went off to fight in Spain. Miller is adamantly opposed to fighting in the Spanish Civil War, while Orwell is just the opposite. He always took a stand or position. Both handle their opposing views with humor.

You’ll also see the beginning of Orwell’s involvement in the Spanish Civil War.

I also explore some differences between F. Scott Fitzgerald and Orwell. I don’t know if I’ve see these two writer’s compared before, but it was fun to contrast their similarities and contrasts.

Below is the sample and the beginning of the novella “Inside Orwell” that’s included in the collection of stories Inside Orwell and Other Stories by Joseph Raffetto.

Henry Miller’s smile burnished through his eyes more than his mouth. Beneath Miller’s Zen-like exterior, Orwell sensed the solitary writer, like himself.

“It matters a great deal to the Spanish people and to anyone interested in stopping Franco.”

“Better to just surrender.” Miller tilted his cup of coffee toward Orwell.

Orwell smiled and made a sound in admiration of Miller’s brew. “After a military coup? You can’t just sit by and allow the Fascists to take over the world,” Orwell continued.

“It doesn’t matter. Only sex and friends and good coffee matter. Let the fools fight about who has the biggest dick.”

“So you take no stand against Hitler or Franco?”

“To degenerates,” Miller toasted. “None of this madness is worth dying for.”

“You’re a damn idiot! You’re just going to get yourself killed.”

“There’s nothing you wouldn’t fight and die for?”

“You really are despicable.” Orwell laughed again. “You do have a point about fine coffee. This is magnificent.”

Miller refilled Orwell’s cup. “Let me give you a corduroy coat to wear in Spain. You’re going to need it.” Miller pulled a well-made and sturdy jacket out of his closet. It was not an insignificant gesture and gift.

George Orwell was the complete opposite of Henry Miller. He was always in the thick of the battle. And he was uncompromisingly patriotic and British.

He was a person of the Left, dedicated to fighting Communism, Fascism, imperialism, racism, and classism. He was a champion of the workingman. He wrote in his diaries: “Apparently nothing will ever teach these people that the other 99 percent of the population exist.”

The one-percent argument was the rallying theme in the Occupy Wall Street movement. Finally, someone was standing up for the common person.

Orwell was a harbinger of the Occupy movement. If he were alive today, I can imagine him protesting, posting, tweeting, writing essays, and appearing on TV. It was said he was a “natural pamphleteer” in his time.

Orwell felt the need to come to Spain to fight in or at least report on the Spanish Civil War. He believed the world should take a stand against the Fascists before they attacked more countries.

When Orwell arrived in Barcelona, he saw that the people were charged with an egalitarian spirit. A chaotic energy infected the city.

He admired a sturdily built volunteer with reddish-brown hair and a hat angled over one eye. The young man seemed puzzled by a map he was attempting to decipher. When he noticed Orwell, he extended his hand. Orwell later wrote that he seemed the sort of man who would die for his fellow soldiers and his country.

“Did you come to fight against Franco?”

“We fight and win together.” He gripped Orwell’s hand harder.

An intense and intimate bond was created between them.

Being British gave Orwell a certain celebrity among the Spanish troops, although he was not the only international artist to join the battle. There were many writers who witnessed the war or fought: Ernest Hemingway, John Dos Passos, Pablo Neruda, Federico García Lorca, and André Malraux, to name a few.

They all joined on the Republican (not to be confused with the Republican Party in the United States) side against the Fascists led by General Francisco Franco. Hitler’s Germany, Mussolini’s Italy, the Catholic Church, and the rich landowners in Spain backed Franco. The Soviet Union, labor organizations, and peasants supported Republican Loyalist Spain. The US, England, and France declared neutrality. This was a mistake in Orwell’s view. Perhaps if the Western powers had stopped the Fascists in Spain, they could have prevented World War II.

Money and weapons flowed in from Germany and Italy to Franco. The Soviet Union was the largest benefactor to Republican Spain.

Orwell was able to enter Spain because the Independent Labour Party (ILP) in England had given him a letter of recommendation. The British Communist Party refused to sponsor him with an introduction because he was too “politically unreliable.”

Orwell entered the ILP headquarters in Spain, a foot taller than his counterparts. Size twelve boots hung over his shoulder. “I’m looking for McNair.”

McNair, the head of the ILP in Spain, overheard him and Orwell recognized an expression of distaste cross McNair’s lips. Orwell knew that it was his upper-crust Etonian accent, with its built-in superiority, that bothered McNair.

At fourteen, Orwell earned a rare scholarship to Eton. If you don’t know Eton, it’s the kind of school that future prime ministers, famous writers, dukes, aristocrats, and the incredibly wealthy attend. Etonians are educated to rule the world. Aldous Huxley was an instructor while Orwell was enrolled.

And, evidently an accent came with attendance, a way of speaking both loathed and respected that reflected a certain class.

Orwell remained obsessed with privilege his entire life. Perhaps his experiences as a child and teenager made him so passionate about helping the down-and-out and working class, while exposing the top one percent for intolerance, smugness, greed, and arrogance.

His coming of age is somewhat similar to that of F. Scott Fitzgerald, who was sensitive about his lack of money at Princeton. Orwell didn’t care to be accepted by the wealthy, and he never felt inferior to them.

Before Eton, Orwell attended St. Cyprian’s, where the students and headmasters reminded him in subtle and overt ways that he was poor, such as by not giving him cake on his birthday. The headmasters never treated the rich boys with the disrespect they showed him. He was beaten with a riding crop and humiliated publicly for his bedwetting. Loneliness was his constant companion.

Orwell and Fitzgerald represent a certain archetype for a writer. They had alienated home lives. They were special enough to be accepted into top schools, where they weren’t particularly successful. Orwell graduated from Eton but didn’t earn a scholarship to university. Fitzgerald flunked out of Princeton, but he used illness as his excuse. Fitzgerald craved social success and being a big man on campus. Orwell was too individualistic and had a “subversive intelligence” that made him an outsider.

Orwell was too young for the Great War, which he deeply regretted at the time. Fitzgerald wasn’t particularly eager to fight and actually was on a ship to Europe when the armistice was signed. It was later in life that Fitzgerald realized he’d missed something by not getting over.

The fundamental difference between Orwell and Fitzgerald was that Fitzgerald’s life centered around his relationship with Zelda, a relationship that eventually shattered them both. There’s little sense of romance in Orwell’s books or life. He was a warrior and a worker. It was a life-and-death struggle for him against tyranny and totalitarianism and poverty. He consistently wrote and turned out a great body of both fiction and nonfiction.

Fitzgerald changed his stories so fashionable magazines would pay him top dollar. Orwell never compromised his work. Fitzgerald had a terrible time finishing anything after The Great Gatsby. He was “emotionally cracked,” he said. Orwell never cracked. Fitzgerald was immature and acted like a teenager most of his life. Orwell’s classmates claim that he had never been young.

See on Amazon and Goodreads.

You might also want to read George Orwell Diaries.

Short Reviews of some of the Best Books ever 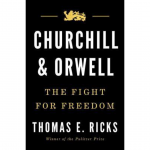 Churchill and Orwell: The Fight for Freedom by Thomas E. Ricks Review 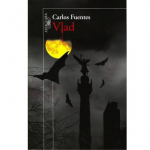